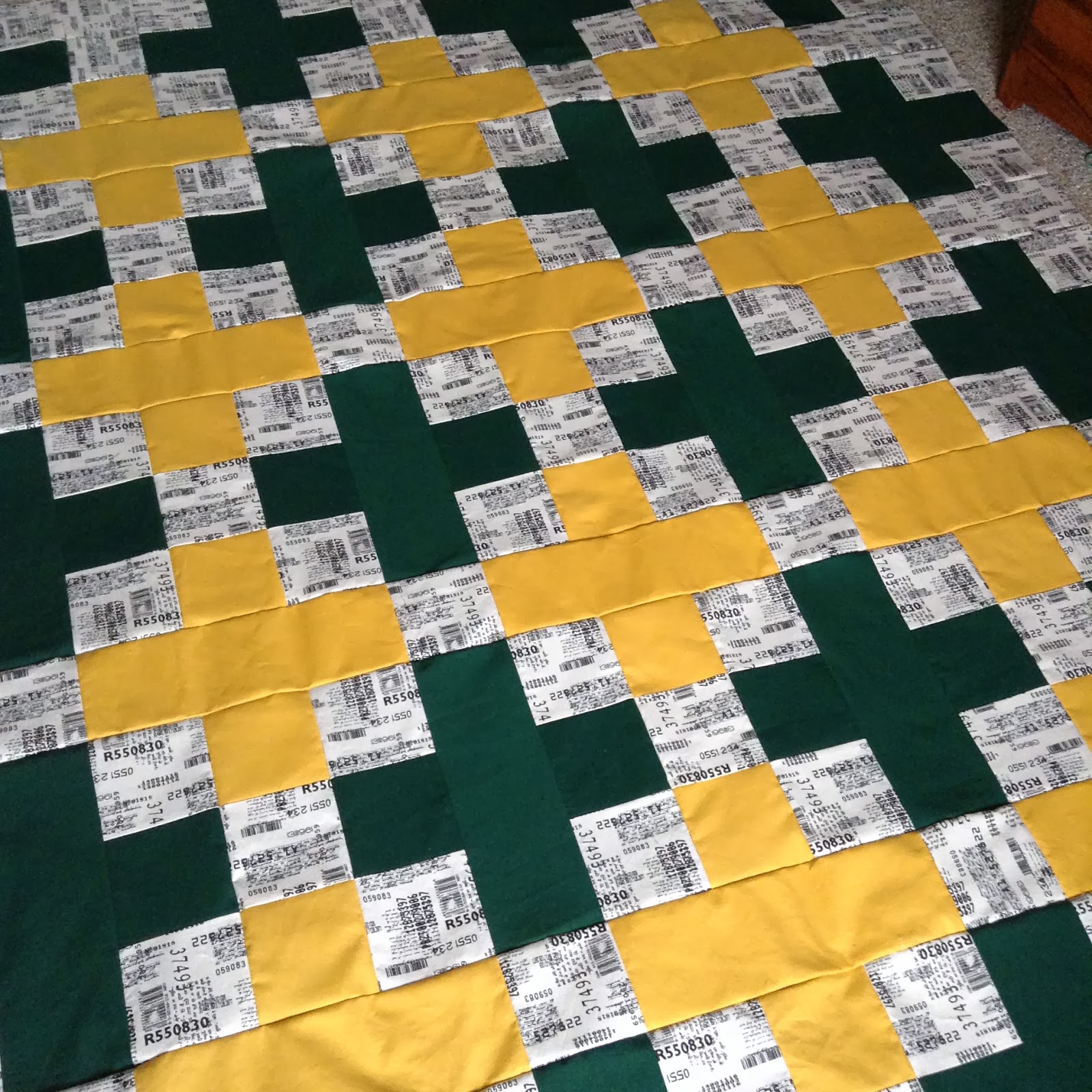 I recently started a new quilt, in my son's high school team colors. It was so easy to make that I am thinking about making a few more for the football fans in our family.

I started searching the web for any solid color fabric NFL match or key, and came up with nothing, so with Robert Kaufman's blessings, here is what I put together for my own reference.  I figured there might be others looking for the same thing, so matched up all of the current teams, as best as I could with my Kona color card.  Not all are exact matches, especially the metallics, but they're close.  I included a few "secondary" colors for some of the teams as well. If you have any suggested changes, please let me know in the comments!

As for the quilt, one of my New Year's Resolutions is to create my first official quilt pattern, and have one partially written.  I'll let you know if it becomes fulfilled!