A Quilt For My Son 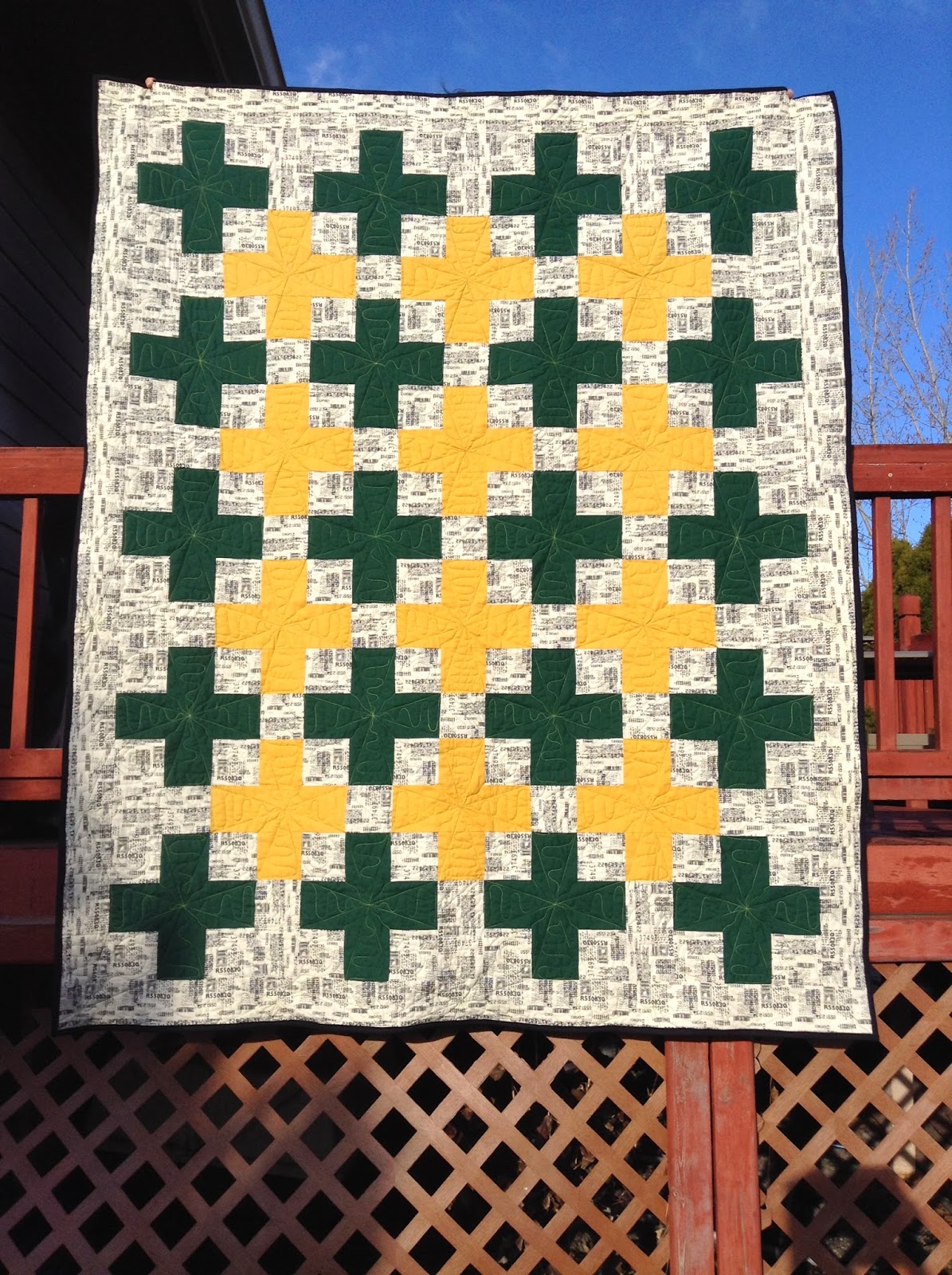 A few months ago, my oldest son asked me for a new quilt.  It's been a few years since I last made him one, so I was more than happy to oblige! 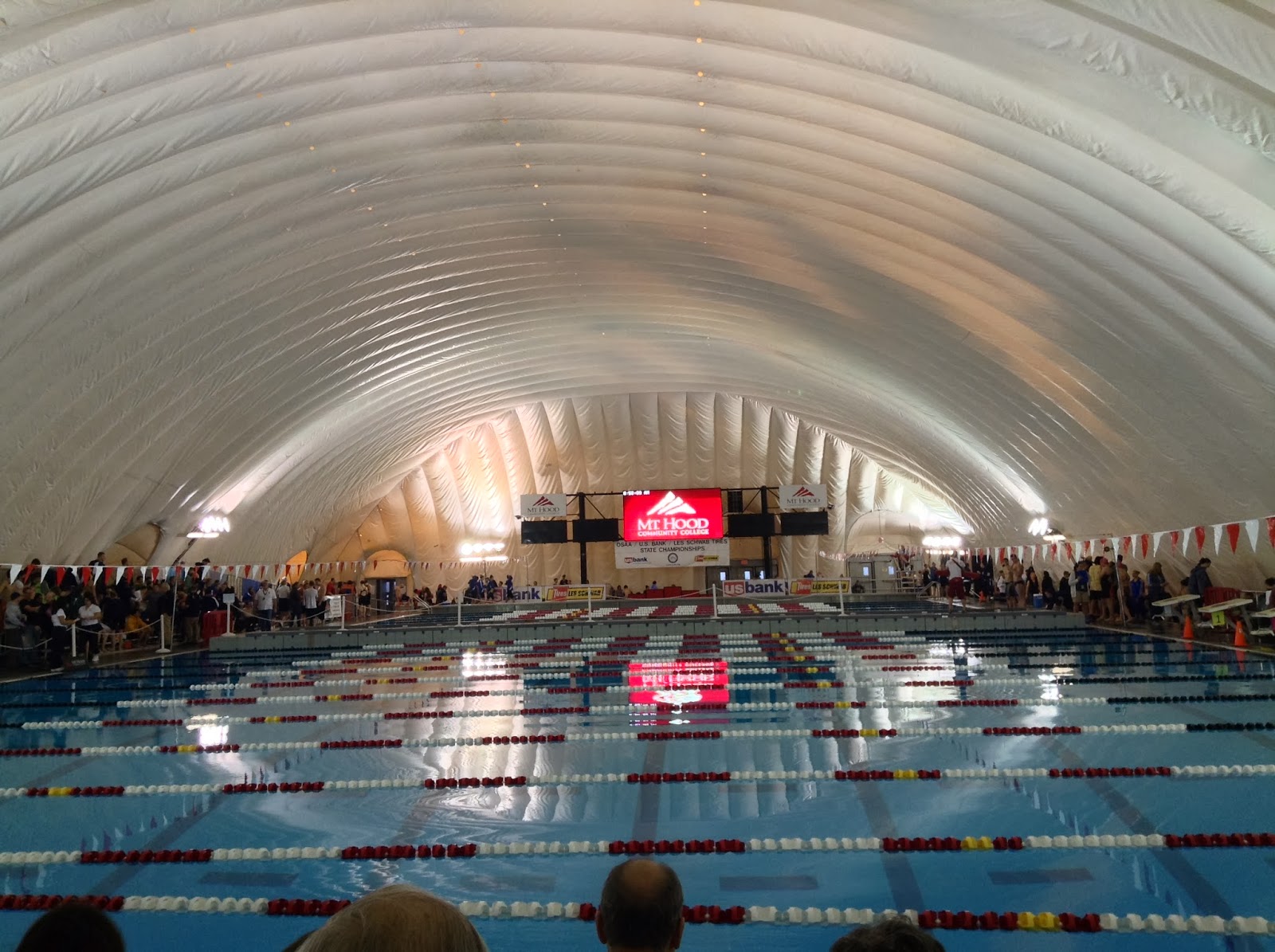 Last winter he started swimming competitively for his high school, then a club over the summer.  It turns out he has quite the ability!  If I've been a bit quiet here, it's partially because I have spent much of the last few months going to high school swim meets, driving his to and from practice, and taking extra trips to the grocery store to fuel the extra calorie needs that swimming for a few hours a day requires. 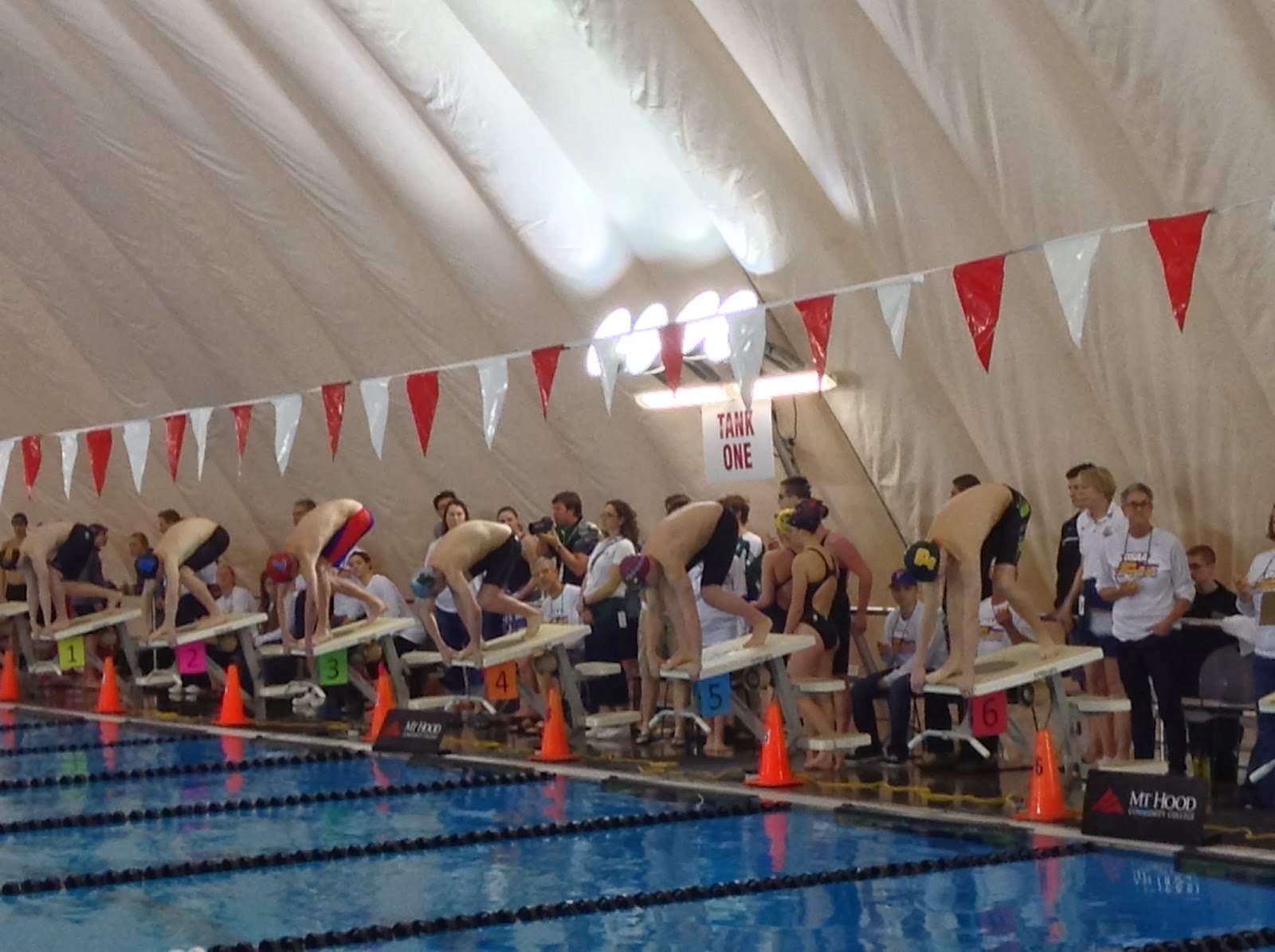 But it all paid off when he placed first in his district swim meet in the 200 yard freestyle, earning him a trip to the Oregon state finals.  He was also good enough to get an alternate place in 2 relays that also went to state.  He placed 2nd in district in the 400 freestyle.  Only the 1st place finishes go to state, but his personal best time was faster than at least 1 of the 12 finalists.  He placed 12 out of 12 in the state meet, but for a kid who has only been swimming competitively for less than 2 years, we couldn't be any prouder! 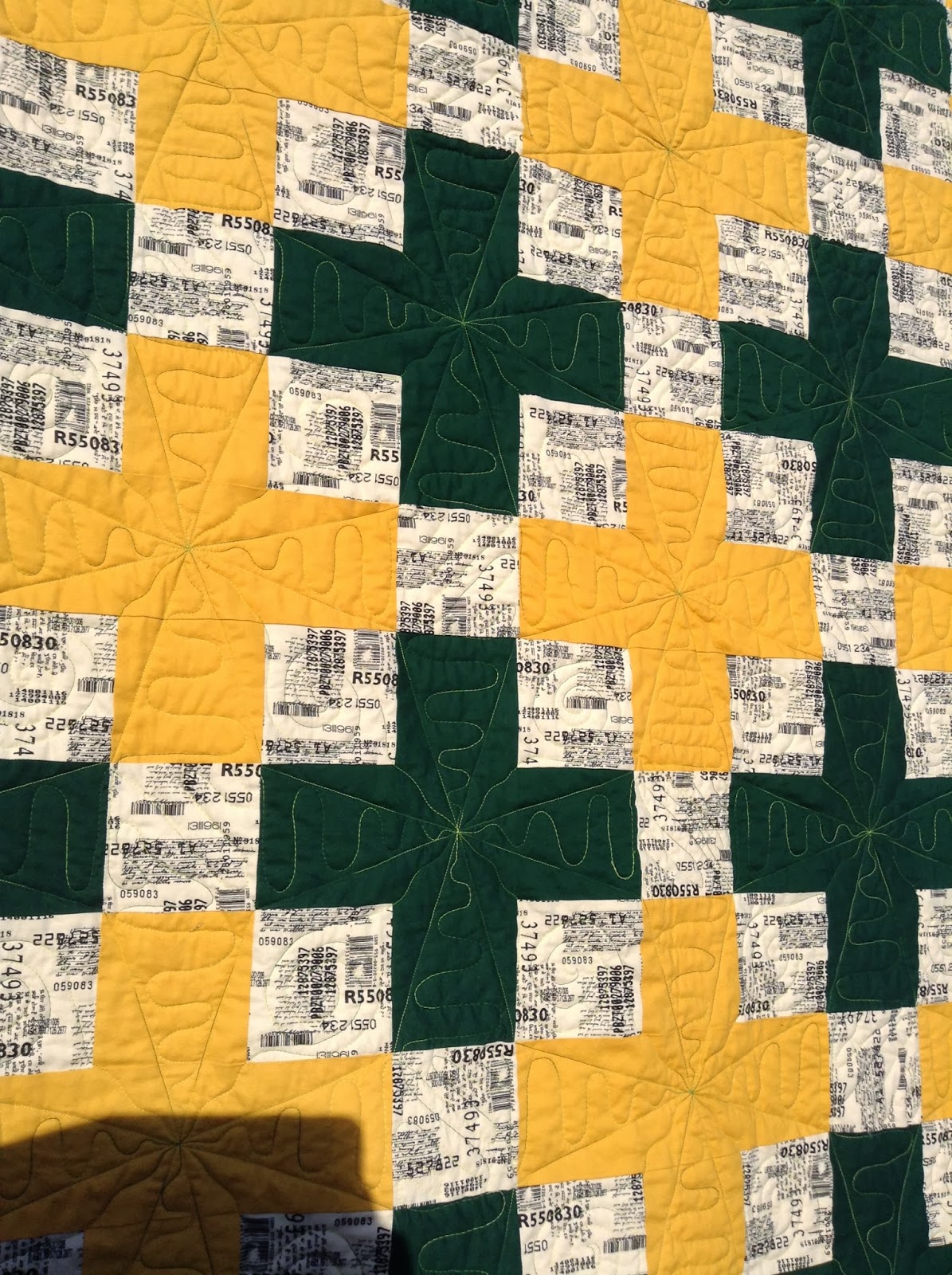 My official name for his quilt, is "Plus Squared", but the subtitle is "Gee, you sure can swim!" ;-)  I made it in his high school team colors.

Because I like to hear other people's stories of where they get their inspiration, here is the picture that led to this quilt design.  I stumbled across it around Christmas time, and filed it in my "idea folder". 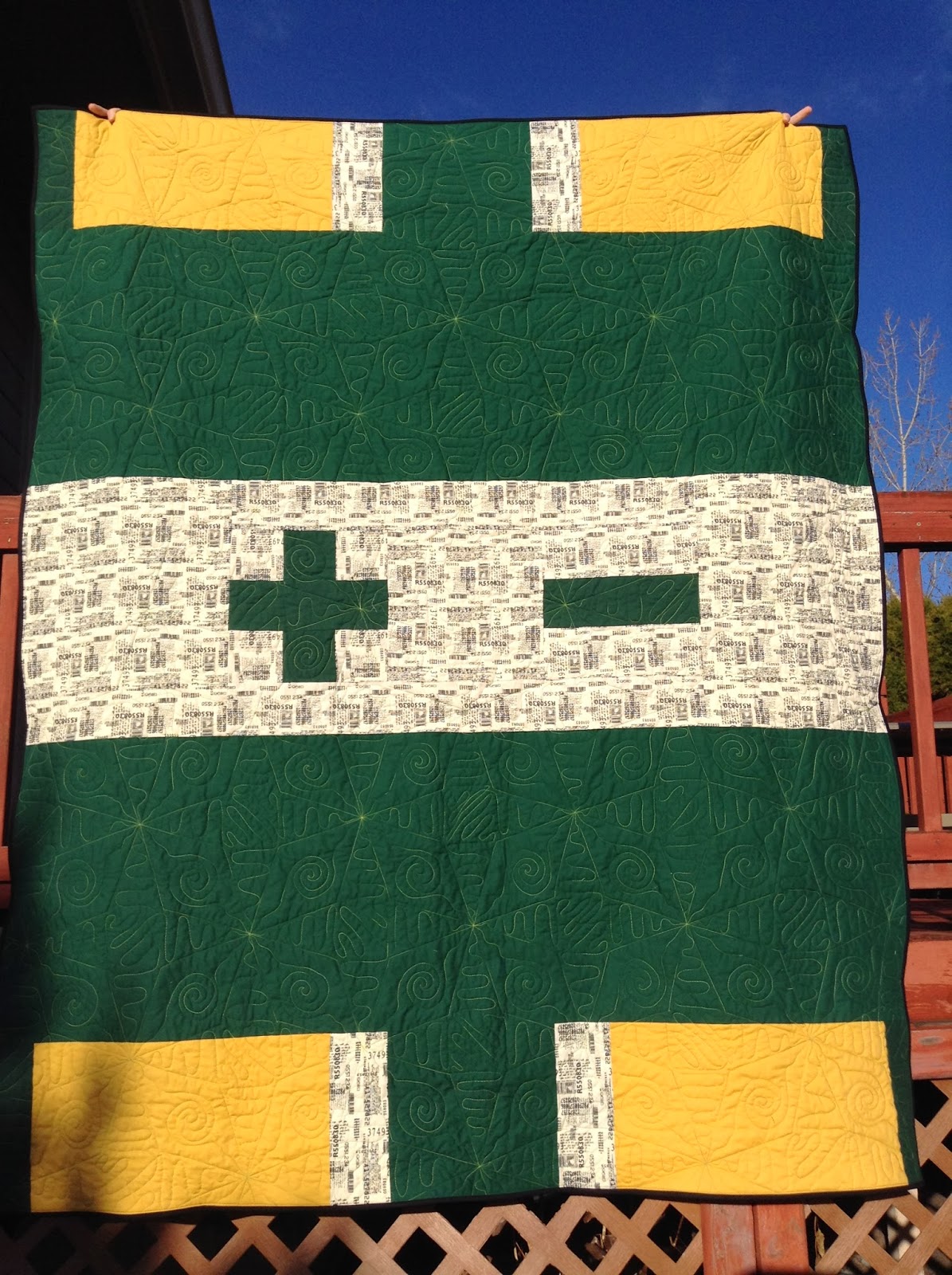 My son is also good at math, and I just happened to have a few blocks left over that went perfectly on the back. 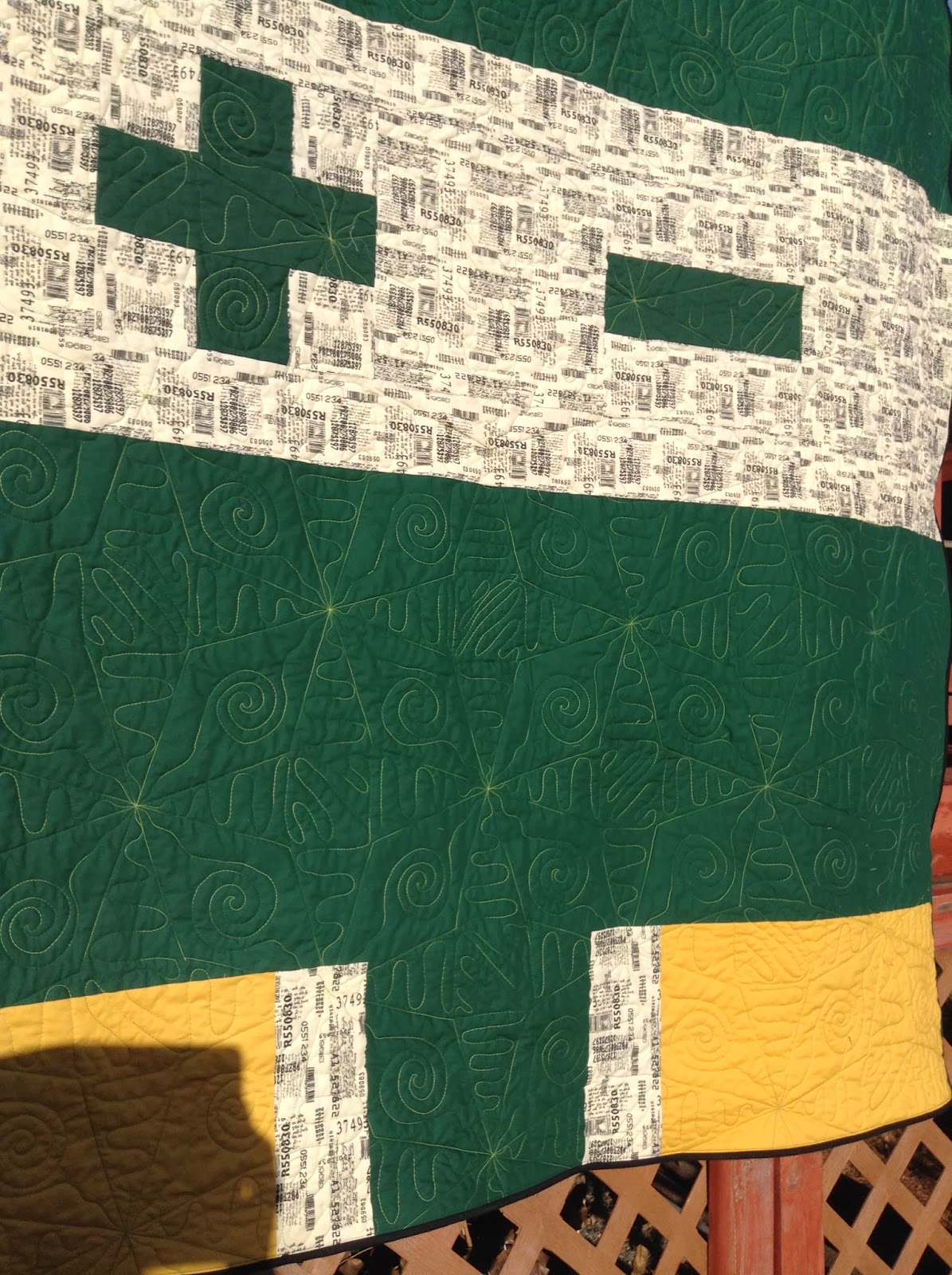 The quilting took much longer than the construction, but I'm very happy with how it turned out. You can see it best on the back.  Now that I feel somewhat competent at free motion quilting, I am preferring solid colors on the back more and more, as it really highlights the quilting.

It's a 70" by 86" quilt, using a combination of Moda "Comma" fabric, and Robert Kauffman Kona Solid Forest green and curry yellow.  I used a variegated Coats and Clark thread for the quilting, and Kona black for the binding.

It was a joy to make this, as it was to see my son succeed and do so well in a sport he loves.
Posted by Becky at 9:46 AM 4 comments: 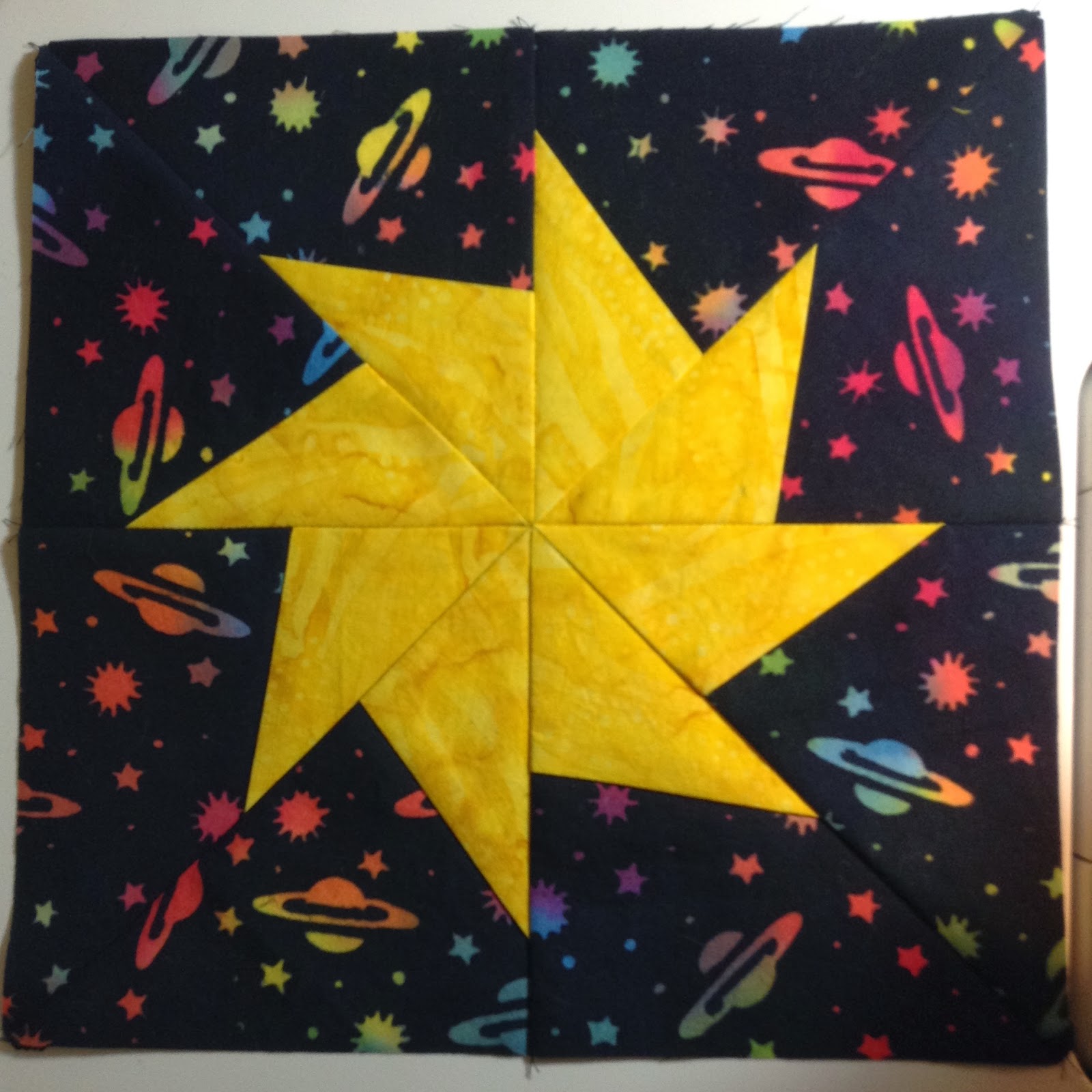 If you haven't heard of Astronaut Karen Nyberg sewing the first quilt block in space, I thought I'd tell you about it!! She is a quilter, and on a recent trip to the Space Station brought along some quilting supplies and sewed up a start block.  She even took a video of it.

Back on Earth, she decided to take it one step further and has invited quilters to send in a star quilt block to be sewn into a quilt that will be displayed at the 2014 Houston Quilt Festival.  Here's the link for all of the information.  There's also a link on that website for the YouTube video of her space quilt block.

I had some lovely space batik in my stash that I knew would be perfect.  Since I wanted the dark fabric to be the highlight, I designed a simple paper pieced star that hopefully looks a little like a sun.

The deadline is August 1st, so there is more than enough time to make up a block and send it in!
Posted by Becky at 8:40 AM 4 comments: